From a distance, all can agree that culture defines an organization and that ultimately an organization will be only as successful as the culture that it develops. However, culture, or at least the thought of identifying an organization's culture and successfully changing it is a very daunting concept for most leaders to embrace. Culture assessment and subsequent planned change should not be overwhelming to leaders and the process can be simplified as follows:

1. Culture can be assessed. Group interviews/discussions/focus groups are by far the most effective method of assessing your culture.

2. Culture cannot be assessed by means of surveys or questionnaires because these tools bring with them a set of assumptions. Culture is defined as the way a group works and the way a group communicates. Your culture produces your results- you cannot change one without changing the other.

3. A culture assessment is of little value unless it is tied to an organizational problem or issue. In other words, diagnosing a culture for its own sake is not only too vast an undertaking, it also can be viewed as frustrating, boring, or a waste of time.

On the other hand, when the organization has a purpose, a new strategy, or a problem to be solved (such as turnover), then determining how the culture impacts the issue is both useful and necessary.

The issue should be related to the organization's effectiveness and should be stated as specifically as possible. One cannot say that culture itself is an issue or problem. The culture impacts how the organization performs and the initial focus should always be on where the performance needs to be improved.

4. The culture assessment process should first identify cultural assumptions or beliefs of groups of employees, then assess them in terms of whether they are a strength or a constraint on what the organization is trying to accomplish. In most organizational change efforts, it is much easier to draw upon the strengths of the culture than to overcome the constraints by changing the culture.

5. In any culture assessment process, one should be sensitive to the presence of subcultures and be prepared to separate them in order to determine their relevance to what the organization is trying to do. These subcultures may be commonly known as cliques of employees, negative subgroups where there is a void of communications or credible management, or other "subcultures" that are working against the better good of the organization.

Other important observations in evaluating culture are to identify who are the "heroes" and the enforcers in the organization.

Culture can be assessed in a matter of a few days depending on the size of the organization. Once assessed, an organization must determine what to do in terms of change. Of course when there is change, an organization naturally encounters resistance and challenges. As an organization embarks upon change, it is critical to create an environment where all employees or those who are undergoing the change feel safe. This can be accomplished by:

• Communicating a compelling positive vision. The employees of change must believe that the organization will be better off if they learn a new way of thinking and working. Such a vision must be clearly articulated and widely supported by senior management.

• Involving affected stakeholders. If formal training is to be effective, then stakeholders, such as the affected employees, must have a sense that they can manage their own learning through informal communication and training processes. Each employee learns in a slightly different way, so it is essential to involve them in designing their own development process.

• Providing informal training of employee groups and teams. Because cultural assumptions and beliefs are embedded in employee groups, informal discussion, training, and practice must be provided to entire groups of employees so that their new working environment will be consistent with everyone.

• Creating practice fields, coaches and feedback. Employees cannot learn something fundamentally new if they don't have the time, the resources, the coaching and valid feedback on how they are doing. Practice fields are particularly important so that employees can make mistakes without disrupting the organization. Leaders must create an environment in which making mistakes during the learning process is considered acceptable.

• Providing positive role models. The new way of thinking and behaving may be so different from past practices that stakeholders need to see new behavior modeled before they can imagine themselves doing it. Behavior modeling training will support in this effort. Again, during the transition, stakeholders must understand that making mistakes while learning is acceptable.

• Facilitating support groups in which learning problems can be aired and discussed. Employees need to be able to talk about their frustrations and difficulties in learning with others who are experiencing similar challenges so that they can support one another.

• Implementing reward and discipline systems that are consistent with the new way of thinking and working. For example, if the goal of the change program is to learn how to be more of a team player, the organizational reward system must be group oriented, the discipline system must punish individual selfish behavior and the organizational structure must make it possible to work as a team.

Most culture change programs fail because they do not create the environment as outlined above, or because the organization "gives up" before adequate time and effort have been invested in the change. And when one considers the difficulty of achieving the conditions as noted above, change faces an uphill battle.

However, if an organization takes the time to assess its culture, identifies the necessary change required, and systematically prepares for change to include creating a safe and supportive environment, then the organization will have a much better chance of achieving its transformational goals.

SESCO has extensive experience in assessing culture and developing the necessary action plans to help an organization succeed in its transformational journeys. We welcome any inquiries that you may have on this topic.

"Change is not only likely, it's inevitable."
- Barbara Sher

"Change can either challenge or threaten us...Your beliefs pave your way to success or block you."
- Marsha Sinetar 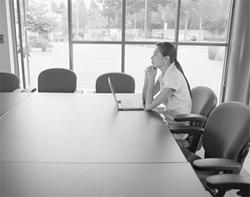 Why are Your Employees Not Coming to Work?

One-third of all absences are unscheduled, according to a CCH survey. Although personal illness remains the most frequently reported reason for unscheduled absences (35%), that accounts for only one-third of all unscheduled
absences. That means that two out of every three unexpectedly absent employees are not physically ill.

With unscheduled absences trending upward this decade, companies need to understand why employees are calling in at the last minute and what impact this has on other employees, productivity and the bottom line. Employers that take the time to gather this information will find themselves more able to assess both the hard and hidden costs of absenteeism effectively and to better implement policies and practices such as a PTO program to hold employees accountable. 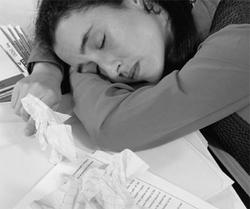 Fatigue in the Workplace Common & Costly

Almost 40% of workers in the United States experience fatigue, a problem that carries billions of dollars in costs from lost productivity, according to a study in the January Journal of Occupational and Environmental Medicine. This new study is the first to focus specifically on the rate of fatigue in U.S. workers, and its relationship to worker productivity.

Researchers analyzed data from a nationwide study. Of the nearly 29,000 employed adults interviewed, 38% said they had experienced "low levels of energy, poor sleep, or a feeling of fatigue" during the past two weeks. With adjustment for other factors, fatigue was more common in women than men, in workers less than 50 years old, and in white workers compared to African-Americans. Workers in "high-control" jobs relatively well-paid jobs with decision making responsibility also reported higher rates of fatigue.

Health conditions for which fatigue is a major symptom such as depression or anxiety accounted for only a small part of the productivity losses. Far more of the costs were thought to result from a wide range of other physical and mental health problems that may occur when fatigue is also present. The researchers suggest that companies offer work-life programs to help employees balance their work and personal responsibilities, and take steps to improve assessment and treatment for the large subgroup of workers who have fatigue co-occurring with other health conditions.

"High energy, very cooperative, very willing to adapt to meet our needs. Very responsive to scheduling. A good investment. Was well received and appreciated by our staff."

"Training was on sexual harassment — helped managers understand the importance of knowing how to handle a situation. I give this training a 10."

Question: We sponsor an excellent 401(k) plan, but our participation rate is low. What can we do to enhance participation?

Answer: Employee education is one obvious option. Another option is to introduce automatic enrollment. Automatic enrollment simply permits an employer to make a default election on behalf of employees to contribute at a predetermined level, unless the employee makes an election not to participate or to participate in the plan at a different contribution level. The IRS has provided employer assistance through Revenue Ruling 2000-8, which permits an employer to exercise an automatic enrollment of employees in a 401(k) plan at a rate of 3 percent of eligible compensation as a default election.