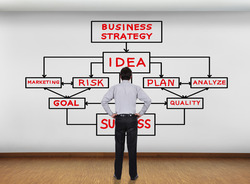 Special Edition: Year in Review and Recommendations to Prepare for 2016

This special newsletter is designed to recommunicate and/or inform our clients of the significant labor and employment developments in 2015 as well as to provide predictions and suggestions for preparation for 2016 and beyond. Of course, our staff is available to discuss any of these comments as we are always as close as your telephone.

As consistent with the previous years, 2015 provided continued challenges for employers. As there are a number, we are simply providing a bullet point listing of these challenges:

• The ADA was revised to address pregnancy - Employers must now treat pregnancy-related impairments and conditions like any other disability under ADA whereas before, pregnancy was considered a temporary medical condition and not a disability.

• Same-sex marriage — The Supreme Court held that the fundamental right to marry is guaranteed to same-sex couples by the United States Constitution and as such, employers’ medical leave to include Family and Medical Leave policies and other benefits cannot be denied to same-sex married couples. We further expect via case law that the same-sex marriage topic will create additional challenges for employers for years to come.

• The EEOC ruled that discrimination based upon sexual orientation or gender identity violates Title VII. This is consistent with the same-sex marriage ruling and, again, we expect that this issue will continue to evolve and create employment challenges.

• NLRB ruling on joint-employer relationship — The NLRB created far-reaching policy regarding franchise relationships. They stated that as long as the franchisor reserves the right to exercise control over the employment of a franchisee’s employees, even if that does not actually happen directly or indirectly, the franchisor and the franchisee will be considered joint employers. This is an effort by the NLRB to expand opportunities for unionization.

• NLRB handbook prohibitions - The NLRB also issued strict guidance to employers regarding a number of policies to include: 1) the employee’s rights to discuss terms and conditions of employment, including wages and complaints of management, 2) disclose non-confidential information, 3) express dislike for management or management practices, 4) engage in activities that may cause a conflict of interest, and 5) engage in solicitation and distribution of materials electronically. This ruling has created significan revisions to employee handbook policies and practices and handcuffs employers in trying to restrict and/or discipline employees for sharing and communicating what has been longstanding confidential or inappropriate communications within and outside the workplace.

2016 Will Be a Very Costly and Challenging Year for Employers

In 2016, a number of significant challenges and regulations will become effective.

• Affordable Care Act — Employers will be required to submit for the first time IRS reporting and also begin to address the Cadillac Tax. Some third-party payroll providers are charging as much as $30,000 to $40,000 per client for ACA reporting.

• Unions will continue their winning ways with ambush elections and micro unit attacks.

2016 Will Be a Costly Year for ACA Compliance

The ACA has brought increased healthcare costs to many employers as well as employees, but the majority of the organizations believe the largest cost increases are yet to come. A recent 2015 employer-sponsored healthcare survey conducted by the International Foundation of Employee Benefit Plans reveals:

• One-quarter (27%) expect the largest cost increase in 2018 when the impending excise tax on high valued plans kicks in. The non-deductible 40% excise tax will be levied on plans that cost in excess of statuatory thresholds regardless of whether premiums are paid by employers or employees.

• A large number of employers are opting for HDHPs (High Deductible Health Plans). HDHPs have lower premiums than other plans which can help employers avoid triggering the excise tax.

• HSAs and HRAs - Almost half of employers in the research have or are considering HDHPs with a Health Savings Account. HRAs are employer-funded while HSAs can be funded by employers and employees. Both vehicles can help employees handle the financial burden posed by high deductible plans.

• Full-replacement approach — Nearly one (1) in 10 organizations said that they had adopted a full-replacement HDHP strategy where HDHPs are the only plan options provided, to avoid the excise tax.

If your organization hasn’t yet been hit with a pay related DOL investigation or lawsuit, consider yourself lucky. As consistent with the past several years, Wage and Hour fines and liability have been the number one challenge for employers. However, 2016 will be an even worse year than ever. This is due to the Obama Executive Order going into effect, we believe mid-year 2016, increasing (basically doubling) the minimum salary requirement to be exempt. (Executive, Administrative, Professional, Computer)

In 2015, ending September 30th, U.S. employees filed more than 8,700 lawsuits in federal court related to Wage and Hour issues. This does not count the actual cases handled by the Department of Labor or through state courts. Since 2000, federal court filings have skyrocketed 450%.

1. Audit all “independent contractors” to determine whether or not the arrangement meets with the guidance of the DOL and IRS regulations.

2. Audit exempt positions and determine whether or not they are truly exempt. If they are exempt and fall under the new salary requirement, begin to project cost and consider options such as hourly with overtime or Fluctuating Workweek Method of Payment.

3. Don’t allow employees to work off the clock.

6. Ensure proper calculation of overtime rates to include calculating overtime on commissions, bonuses and other incentives.

7. Comply with recordkeeping and posting obligations. SESCO provides the federal and state posters as required and can review and revise on payrollrelated time records.

SESCO specializes in Wage and Hour compliance as well as in designing a compensation system to not only ensure compliance, but to effectively manage your organization’s largest, single controllable cost — labor. Compliance is attainable and affordable. 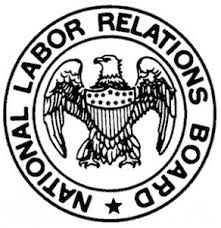 The current administration’s NLRB, which is pro-union, has created significant opportunities for unions who were in significant decline.

• Unions that fail to pass the Department of Labor audits — 92%

• Recorded instances of union violence and intimidation — 9,000 plus

Further, a good employer will be aware of and understand what employees like about working for the organization as well as what issues may be present. Conducting confidential employee satisfaction surveys can help address these issues before they become a major problem to include low morale, poor productivity, turnover and union activity.

Hiring managers need to be aware of the proper questions to ask, as well as not to ask, of applicants. With hiring expected to increase in 2016, we need to be careful not to hire union salts — paid union members who apply and obtain jobs and then subsequently organize from within.

“Jamie was so easy to work with and make changes as we needed.” ~ Virginia Community Healthcare Association

“What I like most about working with SESCO is their knowledge, they show concern about our inquiries and situations. SESCO provides excellent support.” ~ Marvin A. Quintero, MBA, Director of Human Resources — Blue Point Medical

“The audit gave us insight on areas we need to work on. SESCO listens when you tell them something and takes it into consideration. SESCO is helpful and thorough.” ~ Vickie Poore — Appalachian Cast Products

“This was our first time collecting data of what employees are thinking/feeling about the company — good information to use and share for improvements. Joel is a class act and good friend. I always know that I will get professional and accurate service.” ~ Robert Buckles, Human Resources Manager — Tri-City Extrusion

“SESCO is great to work with. We value them highly for sound HR decisions. They are very knowledgeable and easy to work with.” ~ Angela Stuart — YMCA of Kingsport

Special Thanks to SESCO Clients! 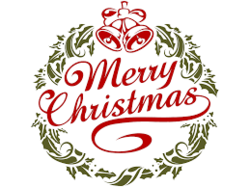 It’s Christmas and we just wanted to say ‘Thank You’ for your business. Our business would not be possible without your continued support. We look forward to working with you in the coming year and hope our relationship continues for many years to come.

Wishing you, your families, and your employees
the Gift of Faith,
the Blessing of Hope,
and the Peace of His Love.

“Finding the real joy of Christmas comes not in the hurrying and the scurrying to get more done, nor is it found in the purchasing of gifts. We find real joy when we make the Savior the focus of the season.” ~ Thomas S. Monson