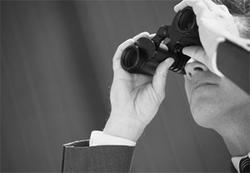 Revisions to the EEO-1 Report were effective with the 2007 survey report which was due September 30, 2007. The revisions included new race and ethnic categories and new job categories that split officials and managers into two levels. The EEO-1 Report is filed annually by employers with federal government contracts of $50,000 or more and 50 or more employees or non-government employers with 100 or more employees.

In November, the U. S. Citizenship and Immigration Services (USCIS) issued a revised Employment Eligibility Verification Form (I-9) for immediate use. The Form I-9 is required for each employee hired in the United States. The key revision to the form was the removal of five documents previously accepted for proof of identity and employment eligibility. The documents were removed from "List A" because they lacked sufficient features to help deter counterfeiting, tampering, and fraud.

What Clients Can Expect in 2008
Immigration will continue to be an item of interest for employers. The Department of Homeland Security (DHS) was prepared to implement its final "no-match" regulations in September of 2007. The measure would have required employers to take specific actions with regard to employees whose social security number did not match the number assigned to the employee's name by the Social Security Administration. Although the "no-match" process is not new, the DHS regulations would place more responsibility on employers. A U.S. District Court judge issued a preliminary injunction blocking implementation of the DHS plan. However, we should anticipate additional measures for dealing with immigration reform that will likely place additional burdens on U. S. employers.

States are also addressing immigration issues. For example, Arizona and Tennessee have passed laws that provide for the suspension or loss of business licenses for employers who knowingly employ illegal aliens.

Several states have instituted smoking laws that effectively prohibit indoor smoking in places of employment, and this trend is likely to continue. These laws normally have limited exceptions for private clubs, tobacco stores, hotel rooms designated as smoking rooms, etc. Also, many cities and municipalities have implemented smoking regulations that affect the workplace.

A recent survey asked employees to rank the elements of their job that contributed most to their job satisfaction. The top three items were benefits, communications, and job security.

Statistics of Interest
The consumer price index increased 3.6% through the first ten months of 2007, compared to an increase of 2.5% for all of 2006. Petroleum-based energy costs and food costs were the primary contributors to the increase over 2006. Inflation for 2007 is projected to be 3.0%, and 2.1% inflation is forecast for 2008.

Employer health costs are predicted to rise about 7% in 2008. This is slightly lower than the average increase last year. Expect to hear more about the pros and cons of Health Savings Accounts (HSAs) this coming year. HSAs can be appealing to employers and employees as this plan holds out the promise of lower costs and tax advantages at the same time.

In its most recent reporting period (fiscal year 2006), the Wage and Hour Division reports the following:

As such, Wage and Hour actions have become the most common issue facing employers. 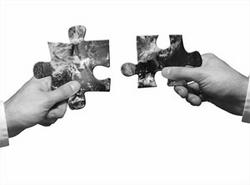 Train Your Managers On the Basics of Employment Laws: A Priority in 2008

Federal and state employment laws govern all employment actions from hiring to firing. And the fact is, most EEOC charges, wrongful termination lawsuits and other complaints of harassment or discrimination are the result of the actions or lack of appropriate action of front-line and middle-level managers. It is not the Human Resource Department that creates problems within an organization. It is those that manage and direct employees on a daily basis — your management team.

So it behooves all employers to train managers on the basics of federal and state employment laws not only for awareness but also to ensure compliance. The following list has been developed by the SESCO staff based upon day-to-day phone calls with clients as well as representing clients before State Human Rights and the EEOC in defending claims of discrimination.

1. Discrimination — Title VII of the Civil Rights Act of 1964 (and practically all states) prohibits employers from discriminating in hiring, firing, compensation and other employment factors based upon a person'srace, religion, sex or national origin. Additionally, many states have implemented additional factors such as marital status, veteran status, sexual orientation and others.

Training: Managers need to understand the basics of the Fair Labor Standards Act to include what is compensable time (working time), how to monitor and edit time records, what is authorized or unauthorizedovertime based upon the Act and other important regulations so that managers and supervisors are not inappropriately working or authorizing work creating back wage liability.

Training: It is critical that managers and supervisors understand FMLA provisions so that they can properly communicate employee absences to the HR Department to ensure that the appropriate paperwork and systems are engaged to manage and comply with FMLA. Without such understanding and cooperation, the Family and Medical Leave Act becomes very cumbersome to comply and manage.

Training: Managers must understand the basics of age discrimination and always consider when taking employment action with one who is 40 or older to be cautious and challenge the action for age discrimination. Note: When separating employees over 40 through retirement, severance or even forced separation with a payment for consideration, severance agreements and releases must contain information on the Age Discrimination in Employment Act. SESCO prepares these releases for clients.

Training: Never immediately reject applicants because you think their disability would prevent them from doing a good job. Also, when an employee apparently needs an accommodation, consider job transfers
to an open position. The ADA requires preferential treatment for those with a disability needing an accommodation for an open position which is a lateral transfer. Also during the interviewing process, do not ask questions that would reveal an applicant's medical condition or disability.

6. Military Leave — The Uniform Services Employment and Reemployment Rights Act (USERRA) makes it illegal to discriminate against an employee who volunteers or has been called to active military duty. When reservists return from active duty tours of less than five (5) years, employers must reemploy them to their old jobs or an equal job.

Training: Managers should never challenge a returning reservists bid to get his/her old job back; courts typically side with employees in USERRA disputes.

Training: It is critical that a safety procedures manual be developed and implemented and all managers and employees be trained on job hazards and good, safe working habits. OSHA is a very aggressive compliance agency and fines can result in the tens of thousands of dollars. Additionally, when employees are injured, not only do you face OSHA action, but also workers' compensation cost.

8. Immigration - The Immigration Reform and Control Act (IRCA) makes it illegal to hire illegal aliens. Employers must identify workplace eligibility for all hires by completing I-9 forms.

Training: Managers should know that it is illegal to discriminate against illegal aliens be it harassment or sub minimum pay ? even if the illegal immigrant is hired inadvertently. Also, English Only policies havebeen challenged where speaking and communicating clearly in English is not required by the position. Handbooks should contain policies as relates to English only requirements as well as required I-9 documentation.

SESCO trains managers and supervisors on the basics of employment laws to include their responsibilities to the organization and the basic do's and don'ts of hiring, firing, performance management andday-to-day discipline and counseling. A few hours of training can literally save your organization tens of thousands of dollars in fines and significant time and money in defending alleged wrong doing by an employee or ex-employee through a discrimination charge.

Question: May we speak to an employee's doctor to understand more about the employee's disability and any accommodations that may be needed?

Answer: If an employee requests an accommodation under the ADA, the employer must know the nature of the disability so that possible accommodations may be sought. The employee (or applicant) must advise his physician to release relevant medical information to the employer. In this circumstance, employers may forward a job description to the physician to obtain a medical opinion regarding the employee's (or applicant's) ability to perform the various duties of the job.