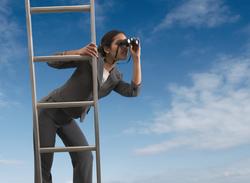 A Look Back at Significant Developments in 2008

? In January 2008, Congress passed legislation that expanded the Family and Medical Leave Act (FMLA) to eligible employees with family members in the Armed Forces. Eligible employees may take up to 12 weeks of FMLA leave if their immediate member (spouse, child, or parent) is called to active duty in the Armed Forces. The legislation also provides up to 26 weeks of unpaid leave in a single 12-month period for a spouse, child, parent, or nearest blood relative to care for a service member recovering from an injury or illness suffered while on active duty.

? State legislatures continue to be aggressive in implementing laws that punish employers for hiring illegal workers.

What Clients Can Expect in 2009

? In September 2008, President Bush signed the Americans with Disabilities Amendments Act of 2008 (ADAAA). The Act expands the protections of the original ADA to include more individuals with less severe impairments. The amended Act defines nineteen "major life activities" including a new category defined as "major bodily functions." The Act states that the intent of the changes is that employers stop engaging in extensive analysis to determine what constitutes a disability under the law, and focus instead on complying with their obligation not to discriminate and to provide reasonable accommodations to individuals who are otherwise qualified to do a job. The ADAAA is effective January 1, 2009.

? The first revision to the Family and Medical Leave Act (FMLA) since its enactment in 1993 will become effective January 16, 2009. The FMLA Final Rule includes implementation of the expansion of FMLA for military families, which went into effect in early 2008. The final rule amends the regulation to conform with a Supreme Court ruling which found that old regulations in the Act improperly deemed some employees eligible for FMLA leave when employers failed to follow the rules for designating leave as FMLA. The court ruling confirmed the statutory limit of only 12 weeks of FMLA in a 12-month period.

Other changes include clarification of the requirements of the number of doctor visits to determine an individual's "serious health condition." Under the final rule, "light duty" work does not count against an employee's FMLA entitlement, and the employee's right to job restoration is held in abeyance during the light duty period. The final rule addresses employer and employee responsibilities for notifications associated with FMLA and allows employers to deny a "perfect attendance" award to an employee who does not have perfect attendance because he or she took FMLA leave ? but only if the employer treats employees taking non-FMLA leave in the same way.

? President Bush issued Executive Order 13465 on June 6, 2008, requiring all federal contractors to use the U. S. government's E-Verify system to confirm the legal status of their employees or risk losing their government contracts. E-Verify is an Internet-based system operated by the Department of Homeland Security (DHS) that allows employers to verify the employment eligibility of their employees, regardless of citizenship. Based on information provided by the employee on his or her Form I-9, E-Verify checks this information electronically against records contained in DHS and Social Security Administration (SSA) databases. The rule applies to solicitations issued and contracts awarded after the effective date of the final rule ? January 15, 2009.

The November elections resulted in significant political change in both the White House and the U. S. Congress. Here are some pieces of legislation and other regulations which will affect the employment landscape, if passed:

? The Employee Free Choice Act (EFCA) would amend the National Labor Relations Act to make it easier for unions to be recognized in the workplace. The EFCA would eliminate the secret ballot election process and allow unions to be recognized if a majority (51% or more) of the employees sign union authorization cards. The EFCA, as proposed, would require employers to begin negotiating the first union contract within 10 days. Also, if a contract is not agreed to within 120 days, the EFCA requires that a federal arbitrator will impose the terms of a contract for a two-year period.

? The Re-Empowerment of Skilled and Professional Employees and Construction Tradeworkers (RESPECT) Act would change the definition of "supervisor" under the National Labor Relations Act (NLRA). If passed, many front-line supervisors would become eligible to join the same unions as the employees they supervise.

? The Fair Pay Act would give workers more time to sue for pay discrimination by resetting the statute of limitations each time a worker receives a paycheck diminished by discrimination and would allow victims to sue for punitive and compensatory damages.

? The Healthy Families Act would require employers with 15 or more employees to provide a minimum of seven days paid sick leave annually for employees who work at least 30 hours per week. It is unclear what the many employers who utilize a Paid Time Off (PTO) system would have to do to comply with such legislation.

? Additional proposed amendments to the Family and Medical Leave Act (FMLA) being considered in Congress include: (1) expanding the Act to cover smaller employers, so that all employers with 25 or more employees would be covered; and (2) providing eight weeks of paid FMLA leave funded by a tax on both employers and employees.

? President-elect Obama has pledged to increase the federal minimum wage and index it to inflation.

? In its most recent reporting period (fiscal year 2007), the Wage and Hour Division reports the following:

Wage and Hour actions are one of the most common issues facing employers.

The High Cost of Government Regulations

A study commissioned by the U.S. Small Business Administration has confirmed previous analyses indicating that federal regulations impose a significant cost on businesses. These costs, including regulatory and paperwork costs, were found to be even more erroneous on small businesses than on larger firms.

The comparative per-person cost for compliance with federal regulations follows: 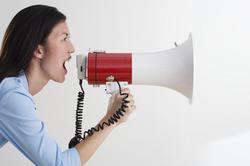 Business Must Voice Its Opinion!

SESCO Management Consultants, on behalf of our valued clients, has had a long history of communicating with elected officials concerning governmental regulations. We see firsthand the challenges, liability and expense that laws and regulations create for businesses. And unfortunately, we predict an increase in regulations as reported in this month's SESCO Report.

As you may know, the House has adjourned and will start a new session on January 3, 2009. Although the Senate is still in session, they will probably not push measures forward without the House.

When Congress resumes in 2009, it will be the 111th Congress, filled with several new Senators and Representatives, new committee assignments and a clean legislative calendar.

In addition to organizations like SESCO, Chambers of Commerce, National Federation of Independent Businesses and others, we are asking that all of our clients and business/vendor partners contact your elected officials including those outside of your state who may sit on a committee of interest. We strongly recommend that these contacts be made by letter as a hard copy letter tends to be more received and appreciated by politicians. Of course, email is appropriate as well.

We suggest that you go to the website www.govtrack.us.gov. Once in, you can click on "Members of Congress" and subsequently receive the contact information, both address as well as email, to contact your elected officials.

As pending legislation is just that, pending, it is incumbent upon all of us who own and/or run and operate a business to voice our concerns and opinions concerning any piece of legislation that would place a burden on our ability to hire and retain employees and be successful. Regardless of your political affiliation, we can no longer sit idle and hope that those that we elect do the right things. We must, as a business community, become more active and thus communicate regularly with our elected officials. It's our right and duty.

A Special Holiday Message to Our Valued SESCO Clients

This is a time to count our blessings! A brief review of this year reveals that we had thousands of client calls and onsite visits resulting in many satisfying engagements providing clients with results-oriented consulting and peace of mind. We at SESCO sincerely have appreciated these opportunities to serve you, our valued clients, in addressing your human resource questions and issues and we look forward to serving you in the coming year. We extend our sincere appreciation for your loyalty...good will...and wish you best wishes for a happy holiday season and that the coming year will bring you peace of mind — good will — good cheer and prosperity.

Two thousand eight (2008) has brought many challenging times to many of those that we serve. To those, we want you to know that our door and staff are always open to serving your needs regardless of financial constraints. As we believe if we give and help those in need, we will receive more pleasure and joy in knowing that we are able to help. We are always as close as your phone.

"There has been only one Christmas ? the rest are anniversaries." ~W.J. Cameron

"He who has not Christmas in his heart will never find it under a tree." ~Roy L. Smith

Question: We are looking for ways to reduce costs. Can we require employees to retire at age 65?

Answer: The Age Discrimination in Employment Act (ADEA) and the Internal Revenue Code generally prohibit a qualified plan from discriminating against a participant because of age. Such discrimination includes stipulating a mandatory retirement age for employees. A qualified plan must allow all employees to participate, regardless of age, when they meet the plan's eligibility requirements. A qualified plan may not reduce or stop the accrual of benefits under the plan simply because the participant has reached a certain age. Plans may set a normal retirement age, which is the lowest age specified in the plan at which the employee may retire and still receive full benefits under the plan.

There is one exception for certain high level employees. Compulsory retirement is allowed for any employee who has attained 65 years of age, and who, for a 2-year period immediately before retirement, is employed in a bona fide executive or higher policymaking position, provided the individual is entitled to an immediate annual retirement benefit totaling at least $44,000.