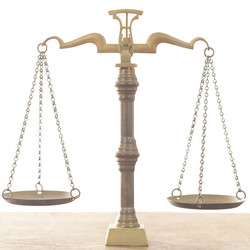 • Spector to support Employee Free Choice Act – A spokesperson for Senator Tom Harkin (D-Iowa), the lead sponsor of Employee Free Choice Act, confirmed on May 6th that an agreement is near that would allow Senator Arlan Spector (D-Pennsylvania) to return to his earlier position of support for the legislation. Spector, originally a co-sponsor of the bill, announced on March 24th that he had switched his position in opposing the bill. At that time, as a Republican Senator, he was under pressure from business and industry and many Republicans who were lining up against him in that party's upcoming primary election.

Since, Spector has switched to the Democratic party in May, he signaled his willingness to switch back to the pro-union side of the Employee Free Choice Act, saying "I do believe that labor law reform is past overdue."

Harkin confirmed that "Senator Spector's staff and my staff have been working diligently over the last several days to get everything ready." Harkin's spokesperson stated that there will be "no compromise on any of the core principles of the Employee Free Choice Act."

SESCO Staff Recommendation: We suggest to our valued clients that you continue to take the Employee Free Choice Act seriously and implement preventive/pro-active strategies to include:

- ­ Management training (awareness/avoidance).
- ­ Employee communications on the facts of the Act and the state of labor relations in America today. (SESCO has prepared a recommended talk outline with CD).
­ — Develop and implement effective screening and hiring tools/practices to avoid hiring union salts/union pushers.
­ — Conduct a Human Resource Compliance Assessment to remove any vulnerability that a union may exploit to include safety, discrimination, Wage and Hour/overtime, Family and Medical Leave and other laws and practices.
­ — Conduct an effective/thorough Personnel Satisfaction Survey Program to include employee feedback and development of action plans.

• Unions win 66% of elections – Unions won 66.8% of private ballot representation elections conducted by the NLRB in 2008, a new report by the Bureau of National Affairs shows — the highest win rate since BNA began analyzing NLRB data in 1984.

This success rate represents a substantial increase, up from 60.4% in 2007, and the highest union win rate since 1955. Unions have won more than half of representation elections in each of the past 12 years, according to the NLRB. Additionally, unions won 69.3% of elections in units of fewer than 50 employees.

If anything else, this new data clearly demonstrates that the current labor laws and system is working to the union's advantage. It confirms that the National Labor Relations Act is effective and that the Act does not need revision, especially shortening election periods to one (1) to two (2) weeks and, most importantly, implementing the Employee Free Choice Act.

• Chicago-area Teamster officials convicted of election fraud/theft of union ballots – Two (2) employees of the Teamsters, Local 743, were convicted in the federal court in Chicago of federal labor fraud and theft charges in connection with stealing union ballots in an effort to rig two (2) elections. Convicted were Richard Lopez, Secretary/Treasurer of Local 743 (who represents 12,000 employees in Chicago and is one of the largest Teamsters Locals in the country) and Thaddeus Bania, 743's Comptroller. They were both convicted on all counts including conspiracy to commit mail fraud and theft of union property. Each count of fraud carries a maximum of 20 years in prison. Conspiracy and theft counts carry a maximum of five (5) years in prison and all charges carry a fine of $250,000 on each count.

As we have been reporting to our clients, the OFCCP is an extremely aggressive agency. Many of our clients have or are currently being audited.

With this increase in funding, the OFCCP will continue to step up its enforcement practices. In fact, the budget includes a program increase of $25,600,000 to fund an additional 213 full-time equivalent employees and a new case management system. These additional employees will support enforcement and outreach efforts related to compensation requirements.

Given the complexities of new procedures outlined in two (2) federal notices – "Interpreting Non-Discrimination Standards and Voluntary Guidelines for Requirements of Executive Order," the OFCCP is placing additional emphasis on investigative techniques used to evaluate compensation within Affirmative Action employers. Additionally, the program will increase litigation to amplify enforcement activities.

The appendix of Obama's proposed FY 2010 budget notes that: The OFCCP will conduct 600 compliance "assistant" events in 2010.

"I just got off the phone with Brenda Wampler and gave her the very, very good news that we have already received our letter from the Office of Federal Contract Compliance Programs. The only issue that they identified is the Vets 100 report and the fact that we need to be filing that in September of "09. They found no other apparent violations of the Executive Order. So we are done with this audit, they are not coming onsite, I have a letter in my hand sent certified mail.

So I wanted to give credit where credit was due. We could not have done this without your company and without Brenda's due diligence and great work. I've never seen something so professional in my entire career. And I just wanted to let you know if you ever need a reference to try and to drum up business or someone is asking about the kind of services you provide, I would be happy to share my experience.

So thank you very much. You don't have to return my call, I know you folks are busy. I just wanted to give you the good news and thank you very, very much for everything you did." ~ Brenda Sobeck, St. James Mercy Health System – New York 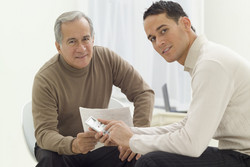 If you gathered 100 experienced managers together and asked for advice, they probably wouldn't say much about "values models," "temporal rhythms," "six sigma," or other "management techniques of the day." Instead, you would probably hear:

• "Don't be afraid of the phrase, I don't know." If you don't know the answer, don't try to bluff. If you are at fault, take the blame. If you are wrong, apologize. A wise person once said, "If you always tell the truth, you never have to remember anything."

• "Never gossip." And if someone wants to gossip with you, politely say you're not interested. This corporate adage rings true: When someone gossips, two (2) careers are hurt – the person being talked about, and the person doing the talking.

• "No task is beneath you." Don't think you are above anything. Be the good example and pitch in – especially if the job is one that nobody wants to do.

• "Share the credit whenever possible." Managers who spread credit around look much stronger than those who take all the credit themselves.

• "Ask for help." If you think you're in over your head, you are. Before it gets out of hand, ask someone for help – most people enjoy giving a hand. Besides saving yourself from embarrassment, you'll make a friend and an ally.

• "Keep your salary to yourself." Discussing salary is a no-win proposition. Either you'll be upset because someone is making more than you, or someone will be upset with you.

• "When you don't like someone, don't let it show." Especially if you outrank them. Never burn bridges or offend others as you move ahead.

• "Let it go." What shouldn't happen often does: You weren't given the project you wanted, you were passed over for the promotion you deserved. Be gracious and diplomatic...and move on. Harboring a grudge won't advance your career.

• "When you're right, don't gloat." The only time you should ever use the phrase "I told you so" is if someone says to you: "You were right. I really could succeed at that project."

SESCO Staff Recommendation: Over our 65 year history, we've seen many "management techniques of the day" come and go. SESCO's management training continues to be rooted in sound, basic modules and techniques that work. When considering training and development to include employee development, stick to the basics — you will find that the basics hit home and are much more effective and efficient over the long haul. Don't let economic conditions and stress force you to grasp at straws implementing the most recent "tip."

The 7 Traits of Effective Leaders: How Many do You Share?

Are leaders born or made? Can you learn superior leadership skills? No one is sure, but experts have noticed seven specific actions that successful leaders carry out, regardless of the organization or cause they lead.

• Make others feel important. If your goals and decisions are self-centered, followers will lose their enthusiasm quickly. Emphasize their strengths and contributions, not your own.

• Promote a vision. Followers need a clear idea of where you're leading them, and they need to understand why that goal is valuable to them. Your job as a leader is to provide that vision.

• Follow the Golden Rule. Treat your followers the way you enjoy being treated. An abusive leader attracts few loyal followers.

• Admit mistakes. If people suspect that you're covering up your own errors, they'll hide their mistakes, too, and you'll lack valuable information for making decisions.

• Criticize others only in private. Public praise encourages others to excel, but public criticism only embarrasses and alienates everyone.

• Stay close to the action. You need to be visible to the members of your organizations. Talk to people, visit other offices and work sites, ask questions, and observe how business is being handled. Often you will gain new insights into your work and find new opportunities for motivating your followers.

• Make a game of competition. The competitive drive can be a valuable tool if you use it correctly. Set team goals and reward members who meet or exceed them. Examine your failures, and celebrate your group's successes.

Staff Recommendation: You can determine the potential of one's leadership skills very efficiently and cost effectively by using the following tools:

• DiSC Profile – Presents a plan to help you understand yourself and others. The Personal Profile enables you to identify the behavioral profile of applicants and employees. Do they have the basic profile to be a successful manager?

Take advantage of these and other tools to help screen as well as develop leaders and employees especially in service and sales positions. 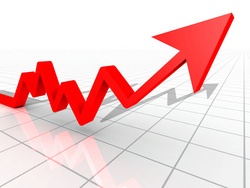 When the economy is in poor condition, including layoffs, freezing of wages, more shared health expenses, and the like, attitudes of employees deteriorate. Economic issues create stress and cause employees to do things we never thought they would such as:

Now more than ever, frontline managers and supervisors must pay attention to employee attitudes and productivity. Managers must:

• Take every employee issue or complaint seriously.
• Contact human resources immediately to involve them on a complaint, especially if it concerns harassment or discrimination.
• Ensure the open-door policy is working.
• Ensure your employee handbook is up to date and communicated to all managers and employees and they consistently enforce rules.
• Conduct performance reviews and document/document/document.

Thanks to New SESCO Clients

"A quick note to send my appreciation and recognize the success of Monday's (Union Awareness/Union Avoidance) seminar in Birmingham. All of us from Capital found it very informative and useful going forward. Stephanie did an excellent job presenting very timely material."

"Another thank you for a great session (Union Awareness/Union Avoidance) last week. Feedback has confirmed that you connected well with the group." 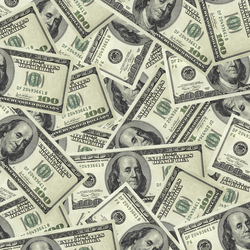 Answer: Start counting now and you will be dead before you finish. At a certain point, numbers can seem unreal. With our current federal budget process and potential deficits reaching $10 trillion, it's interesting to explore just what even $100 billion is. One billion is 1,000 x 1,000,000, and 100 billion is 100 x's that. Can you visualize it now? Most of us can't. Scientists estimate that the Milky Way Galaxy contains 100 billion stars. How many can you actually count on a clear night? To count out loud to 100 billion, you would spend the next 3,000 years (and then some) speaking non-stop. Can you imagine what one trillion or even 10 trillion looks like?