Overtime law will impact hundreds of employees in the Mountain Empire 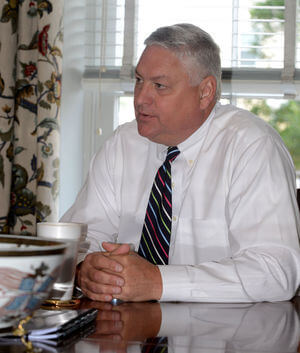 (By Tammy Childress. Source) Across the nation, more than 4 million people will be impacted by the new overtime law, including 219,000 middle-management workers in Tennessee and Virginia.

Area businesses and employees are trying to grasp the implications of a new federal overtime law that takes effect Dec. 1.

The main change is that salaried employees, who currently do not get overtime, could be put on an hourly wage and start receiving overtime pay for any hours they work above 40. That will impact hundreds of managers and supervisors, and employers are trying to figure out how best to comply.

Most employers are expected to be affected, but some small businesses and nonprofit agencies worry this change could put them out of business, according to Bill Ford, the president of SESCO management consultants.

“It’s a very difficult market to start with,” Ford said. “So when you ask a small business to increase labor costs it comes right off the bottom line — and they can’t just go out and charge more. I think that a lot of folks who work in small business will have to be moved to part-time positions in order to sustain their business. Some employer’s profit margins are paper thin — over a period of time some small businesses might close.”

Nonprofit organizations are also trying to determine how they are going to deal with the changes.

“We’d been hearing about the change for about a year,” said Kathy Waugh, executive director of the YWCA Bristol. “Early on in the process, there was a discussion about nonprofits being exempt from the new rules — but we didn’t want to be behind on what we needed to do if we weren’t going to be exempt — so we started evaluating job descriptions and hours of work. We had to decide what positions would need to be hourly and what positions would be salaried.”

At this point, Waugh said it looks like eight staff members could be reclassified as hourly employees to accommodate the increase.

“We have a few people that consistently work overtime,” she said. “We are still trying to decide if it would be better for us to hire a part-time assistant in order for us to keep costs down as opposed to paying them overtime, but as yet we haven’t come to a final decision.”

Under the new law, the salary threshold for overtime exemptions will more than double from $23,660 to $47,476, meaning that salaried workers who make between those amounts will now also be eligible for overtime

Hourly employees must still be paid time-and-a-half for all hours worked above 40 in any given week and are not affected by the new law.

Wellmont Health System —one of the region’s largest employers —expects about 400 of its 6,600 employees to be impacted, according to Hamlin Wilson, senior vice president of human resources.

“One of the strategies the system is looking at is to hire additional part-time employees to reduce the overtime load,” Wilson said. “We will also convert some of our salaried employees to an hourly rate — some of our employees will be increased to the $47,476 salary.”

Wilson said only a few employees will retain salaried positions.

“The managerial and supervisory positions we have are needed so we don’t have any plans to downsize those positions — we’re just going to reclassify them to hourly,” he said. “We haven’t notified the ones who will be affected—we’ll have those conversations about 60 days prior to the change.”

Jamie Parsons, chief human resource officer for Mountain States Health Alliance, another top employer in Southwest Virginia and Northeast Tennessee, said more than 540 of their almost 10,000 employees will be affected by the new rule and most will shift to an hourly status.

“Those that are within say $100 of the new $47,476 rate will be moved up to the new annual rate,” Parsons said. “That includes a lot of information technology, medical staff services and qualities and material management departments. Licensed practical nurses, registered nurses and certified nursing assistants are already hourly positions so they won’t see a change.”

He added that because change impacts people differently, the health system will offer counseling to those who need it.

“Team member morale is of utmost importance to the health system,” he said. “Changes like this tend to affect people differently — some individuals might consider going to an hourly rate a demotion — which is not the case. So our facilities and markets have been working with the EAP [Employee Assistance Program] to make sure if the employee or team member needs assistance we’ll be there to help them adjust to the change in their classification.”

Employees with the cities of Bristol, Tennessee and Bristol, Virginia could also see changes come December.

“The city starting tracking the status of the proposed changed in 2015,” said Mary Lee Williams, director of administration for Bristol, Tennessee. “We calculated salaries with the original number the federal government rolled out of $50,400 — so we need to take a look at the salary margins using the finalized number of $47,476 before moving forward and talking with staff.”

With the differential, Williams said about 20 classifications will change.

Trish Henderson, human resources director for Bristol, Virginia, said not many city employees on the Virginia side will be reclassified.

“Most of our salaried employees already met the criteria for salary,” she said. “A handful of positions might see an increase, but we haven’t made that determination yet.”

All of the entities said the new regulations come with a price tag.

“Some employees will get a pay increase. Others will go to an hourly rate and be eligible for overtime, which is something we’ll have to manage very carefully, he said.

Parsons said that if all of the 542 affected team members at MSHA converted to the new salary rate the hospital system would take a $5.4 million dollar hit.

“That’s a pretty substantial number, which is one reason we’ve chosen to not do that—I can’t comment on what the exact financial impact we’re going to see because we’re not sure how much overtime we’ll be paying out.”

Henderson said the city of Bristol, Virginia will have to make some adjustments to the budget to accommodate the salary increases.

“But that’s something City Council will have to look at — but I don’t think we are going to be greatly impacted,” she said.

Megan Fleenor and Samantha Dettor, accountants with Eloise Strouth Bookkeeping & Tax Service in Bristol, Tennessee, said they are still in the process of evaluating how the new rules will impact each of the small businesses they work with.

“A lot of our clients have many salaried individuals who work for them,” Fleenor said. “And we are looking at each business individually so we can help them navigate through the changes.”

Dettor said most businesses from the smallest to large corporations will be impacted so “there is no one-size-fits-all solution.”

“Most of the businesses we work with have fewer than 50 employees,” she said. “Each business is unique, but a lot of our client’s employees already fit in the salary rule. The biggest change we see is business trying to manage employees to ensure that they don’t work over 40 hours in a week. In some cases, that might entail hiring a part-time employee to handle what would have been overtime hours.”

The Christian Law Association put out a brochure that said pastors, ministers and teacher won’t be affected.

“Though pastors work more than 40 hours a week, the church is neither required to pay the minimum $47,476 per year; nor is the church required to pay overtime for any hours over forty in any given week,” according to the brochure.